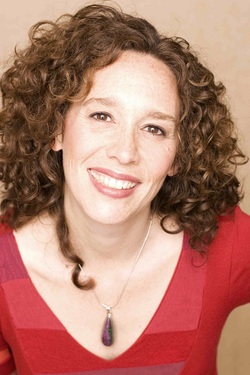 I got to have dinner with Canadian activist extraordinaire Tzeporah Berman when I was hosting Earth Day’s Beyond Green Youth Summit that she was speaking at. I have to say I love this woman. She’s a power house for change and the new green economy. (I definitely recommend putting her bio “This Crazy Time” on your reading list. You can read some snippets from her fascinating speech on Petropolitics below. This first appeared in NOW Magazine.

Tzeporah Berman on how economic policy is being made in the oil patch, not parliament

Tzeporah Berman is an enviro champ with one fierce CV. Perhaps best known for her leadership role in BC’s Clayoquot Sound logging blockades of the early 90s, she went on to found ForestEthics, where she won knockout rounds against corps like Victoria’s Secret and Home Depot, all in the interests of old-growth forests.

Over the last several years, her practised tactical gaze has fallen on the fossil fuel biz. Berman, author of the recent autobiog This Crazy Time, spoke on Pipelines And Petrostate Politics on October 24 at the Centre for Social Innovation. Here are the highlights.

“Not long ago my son told me that he’d seen on TV that ‘the oil sands were all fixed. They just pat the earth back into place and all the trees and butterflies come back.’ We keep hearing that great strides are being made in reclamation. ‘We’re going to make a lake district out of toxic ponds! A forest out of old mines!’

“So how many toxic ponds have been rehabilitated? Zero. How much land has been successfully reclaimed? Less than 1 per cent. Yet we are bombarded with multi-million-dollar ads about the oil sands being ‘green’ – as toxic as peanut butter. This is peacetime propaganda.”

“I was shocked when I found out that there are no laws governing the most toxic pollutants, like naphthenic acid (NA). Both Alberta and Environment Canada acknowledge that NA is the primary source of toxicity in the oil sands, but facilities are not required to report how much they release. Most Canadians would also be horrified to know there are no regulations limiting the amount of fresh water that oil companies can withdraw from our wildest rivers.”

“Canada’s tar sands are located under one of the last intact forests on earth. To access the oil, intact boreal forest is being logged, rivers moved or buried and peat scraped away. The size and scale of this project is staggering. The result is the loss of focal species like woodland caribou, which have declined in the region by 50 per cent in the last 10 years.

“Canada is now home to 170 square kilometres of toxic tailings ponds. Close to 300 million litres of toxic water are dumped every day into unlined pits, with only earth dams holding toxins back from some of the wildest rivers left on the planet. The governments’ own reports show that these dams are leaking up to 3 million litres a day. The result is rare cancers in downstream communities and tumour-ridden fish in First Nations communities.”

“Environment Canada projects that oil sands emissions will more than double over the next decade. Already, the oil sands are the single reason Canada isn’t meeting its climate pollution commitments. Growth of the oil sands effectively cancels all the good efforts of Canadians to reduce pollution.”

STAND UP TO BIG OIL

“Companies have the technology to eliminate the need for new tailings lakes, to significantly reduce GHGs through carbon capture and storage, to drastically cut the amount of acidifying emissions. Further improvements can be made, but they require the government have the chutzpah to stand up to Big Oil, to actually govern, to regulate.”

“Ultimately, we need to slow production down and phase it out, because we will not be able to avoid runaway climate change unless we keep the oil in the ground.

The pace is too fast for responsible development, and let’s not forget that 71 per cent of all oil sands investors are foreign. We have a precious and dangerous resource – we need to make sure we use it to benefit Canadians. Our national laws, budget and policies are being designed in the oil patch.”

HOPE IN A PIPE

“The spiderweb of pipelines being pushed down our throats is the best thing that ever happened to the climate movement. It’s a tangible focus, with clear timelines, and it happens in people’s backyards. This is a tipping-point moment. I’m encouraged to see people standing up across the country.”