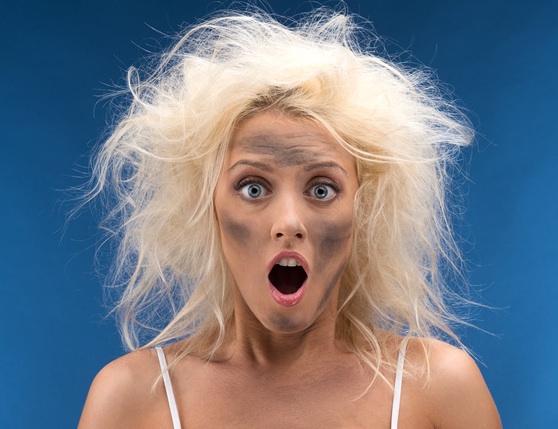 You know when you think something’s going to be quick and breezy and it ends up being a knee deep slog through muck and fog? Well, that’s sort of what happened with my bronzer column. I thought I’d toss together a light column on summer makeup, until I remembered that mineral powders are mired in controversy. One mineral in particular has gotten a lot of bad press this year – mica – thanks to media exposes on the child labour plaguing mica mines in India. This makes mica the poster child for “natural” ingredients that aren’t always so desirable. Unfortunately, pretty much every bronzer and most makeup on the market (conventional and natural brands alike) uses mica. And 60% of the world’s mica, comes from India, where illegal mining is a big problem. I called half a dozen natural makeup companies to find out whether they were aware of the child labour problem associated with mica and whether they had any guarantees their products were child labour free. Most of the little indy brands were truly shocked and alarmed. Some jumped on their suppliers to dig up as much as they could on their mica chain of supply, how and whether it was monitored, what kind of traceability schemes they had, what kind of support they had for the workers. Some never called me back. Some met relatively tight-lipped suppliers, which they have since told me they dropped. Others were greeted with a pretty impressive degree of transparency (often from big name suppliers that had been slammed with bad press on this issue in the past and had beefed up their policies).

100% Pure’s owner was the most aware of this issue ahead of time and gave me the direct number for their supplier so I could pick their brains directly. Pure Anada’s owner gave me perhaps the most detailed responses of all. Earth Lab’s owner was also really responsive.  You’ll notice that none of the product’s in this week’s guide got a perfect score and none were given my “Ecoholic pick of the week” designation, which I always give out to the top-scorer. To be honest, I felt I’d need a whole investigative team with cameras going into mines to feel confident giving perfect scores, which to be fair, is something that could be said every week in the column. All I can do, in the end, is share what I know on ingredient sourcing and tell you that at least the genuinely natural brands (versus fake naturals like Rimmel) didn’t pack their products with questionable preservatives and fillers. And I can talk to you about how they perform on your face (because we are still talking makeup, after all). I own bronzers from all five of the highest scoring natural brands and performance-wise really enjoyed them all for different reasons (cream sticks vs powder compacts vs loose powder all have different advantages depending on your skin’s needs). To get the down low on them all, head to my bronzer guide in NOW Magazine.