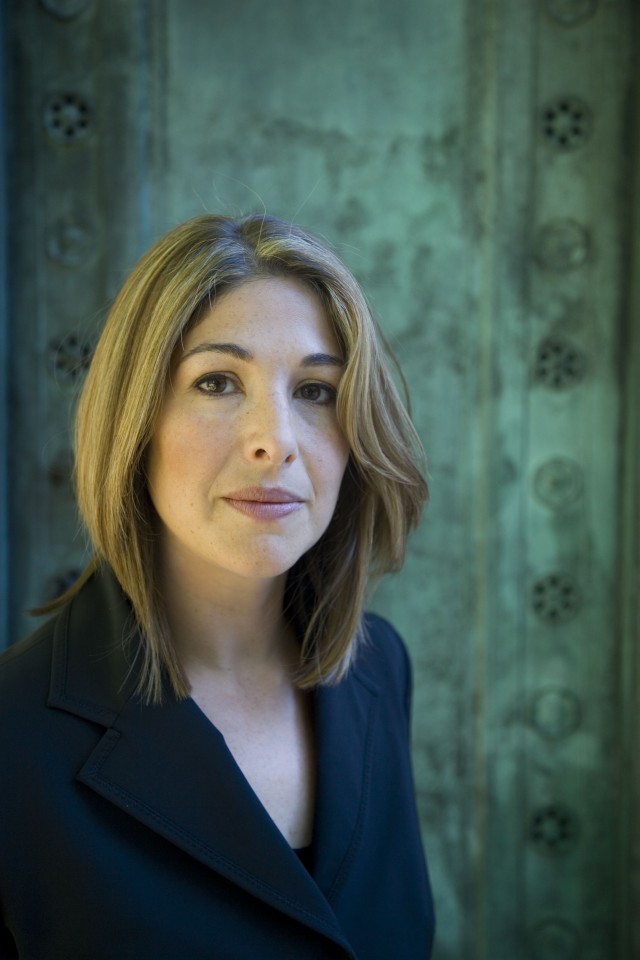 When I heard that no-holds barred lefty thinker Naomi Klein was putting out a book on climate change, I thought “damn right, sister.” Like I said in my book review in NOW Magazine, no matter what subject this woman tackles she has a way of skewering the shit out of whoever she finds screwing with humanity. In This Changes Everything: Capitalism vs the Climate, Naomi takes no prisoners, nailing to the wall sell-out green groups (including one that actually drills for oil on one of its own nature reserves! Really!), green billionaire messiahs, geoengineering, and the current economic system that puts growth above everything else. Her recommendations aren’t actually as radical as they may seem on the surface, she points out how environmental protection and climate action used to have all-party support from conservatives/republicans as well as liberals but that’s all shifted in recent years. And that we don’t have to go back to being off grid pioneers to move forward, she points out the way we lived comfortably in the 70s was actually a lot more sustainable than our bloated lifestyles of today.

Whether you agree with her politics or not, you really should read this book. It’s an eye-opener and she makes a pretty convincing case for her solutions to our systemic woes. Which is why I dedicated my whole column to it this week (no product guide or greenwash of the week this column, sorry!). My favourite chapters though almost had a spiritual component and were the ones filled with beams of love for this earth, for this life and for each other,  like “Love Will Save This Place” as well as personal chapters rooted in Naomi’s own emotional reproductive challenges and her realization that she was up against the same challenge facing the planet as a whole, that species big and small deserve the right to reproduce. I didn’t get to half the questions I wanted to ask her in our allotted time, but you can read my published interview with her posted on NOW Magazine’s website. We had to, of course, condense and edit it down quite a bit to fit her answers on the page. I’ve included a couple of her extended unedited answers below, plus a bonus Q we didn’t have room for in print about my favourite quote from the book. Enjoy!

Q. You confess you denied climate change for longer then you care to admit.

A. In the book I talk about hard denial vs soft denial. Hard denial is the kind of Donald Trump denial saying “this isn’t happening because it’s cold outside.” I didn’t deny climate change. I believe the vast majority  climate scientists are telling us the truth. I was still in a kind of state of denial, looking away, and I think that is the state that most of us are in. Even those of us engaged in the topic, we’re choosing not to read the really scary stories. I wasn’t engaging in the issue, I was outsourcing it to the big green groups that were supposed to be dealing with it. I thought it was too complicated. The whole world seemed archane – the solutions, feed-in-tarriffs. I just kind of tuned out. That’s the denial we need address. We spend a lot of time talking about the right wing kind of deniers and not our own day to day deniers.

Q. We’re all guilty of it, feeling like that’s how we get through the day without deep depression. What would you say to those who feel disempowered by looking at climate change straight in the eye?

A.  I don’t think we can look at the crisis this big straight in the eye unless we see a way of dealing with it that is commensurate with the scale of the crisis. It’s the difficulty of looking at problems of this scale and hearing warnings from scientists and even from our own political leaders who will occasionally admit just how dire it is….There’s such dissonance between that reality and the way our political leaders are behaving, they’re doubling down on fossil fuels then in the next breath they talk of importance of pursuing rapid economic growth even though our model of growth is intimately tied to the climate crisis. I think what we look away from is not just the crisis. It’s the combination of the climate crisis and the lack of political response to it. We will really only be able to look when we see a path forward that’s inspiring. That’s why it’s so heartening that there’s a new climate momvement finding its voice at this moment and there’s this converage of all this front line activism against, extractive projects, as well as the fossil fuel divestment movement and front line communities dealing with the real impacts of a fossil fuel based economy. The climate movement is coming down to earth. It’s no longer about just floating perspective from space. The logo of the movement for so long was the image of a disembodied planet. It’s really people who are very rooted in places they want to protect. 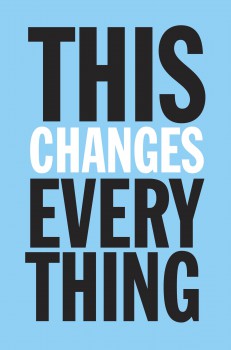 So what’s the alternative…in a nutshell?

Let’s try leaving [fossil fuels] in the ground. Instead of emitting it or offsetting it or trading it or trying to find another form of fossil fuels like natural gas. Let’s actually switch our economy to decentralized renewables, which doesn’t mean crashing the economy but it is a challenge to the hyperprofitable model of fossil fuels. I think we are an economy for the 1%. These are carbon deposits that are concentrated, require exnepsive infrastructure to extract and transport, so you have a few mega players who profit a huge amount from this model. So much that they’re able to buy our whole political system, the results of which we’ve seen in Canada where there’s been a seamless merger of oil and state. The alternative to that is a decentralized renewable economy that does create benefits for communities that has real win-wins. That’s not going to deliver the sorts of hyper profits that fossil fuels do. The good news is that the profits stay in communities. That’s the model we’re starting to see in places  like Germany, which has a really good feed-in-tarriff system that has encouraged 100s of new energy cooperatives and publically controlled, democratically-controlled utilities. This is what is really inspiring. You don’t get a transition like that without some friction.

You say the scale of needed reductions and changes needed can’t be left to the lifestyle decisions of earnest urbanites shopping at farmers’ markets and wearing upcycled clothing. That’s my community, for sure. What should earnest urbanites be doing to be more helpful?

I’m not saying farmers’ markets don’t matter or that it doesn’t matter how we live. It does. We need to show that responding to this crisis isn’t grim and can actually build stronger communities and happier lives, but we also need to be going to climate marches and engaging with policy to stop the tar sands. A lot of Canadians have changed their lives and lowered their carbon footprint in meaningful ways, yet we know that Canada has emissions that are 27 per cent higher than they should be under the commitments our government made under Kyoto. We have to do both – it’s that simple.

That’s a quote from a really extraordinary human being and activist named Alexis Bonogofsky, who I met in the really early stages of research for this book. My mood has changed as a I was changing this book. When I began things were just unremittingly bleak, but by the time I finished, in the last few years there was a lot of good news. When I talk to Alexis now they’re winning, they’re winning all kinds of victories. Part of it has to do with the Northern Cheyenne, who they work with really closely and there’s been a really strong fight back against the coal companies. Part of it is what I call Blockadia, the new spirt of resistance spreading all over the place against pipelines and against the coal they want to take out of Montana. They’re having trouble building the rail to get it out, having trouble building the ports, everywhere they’re trying to build they’re meeting resistance and people are networking and at the same time building alternatives. There are all these projects to bring wind energy, solar energy to show people that there really is an alternative to fossil fuel extraction. That’s really fuelling peoples resistance to the fossil fuel frenzy. That wonderful quote is hers: “love will save this place.” That’s true of all these resistance movements that I write about in the book. They’re not driven by hatred of the tar sands or hatred of oil companies. They’re really about people falling in love more deeply with their place and coming together in the face of a common threat. It’s a really beautiful movement.

For the rest of the interview read on here here plus you’ll find my book review here.