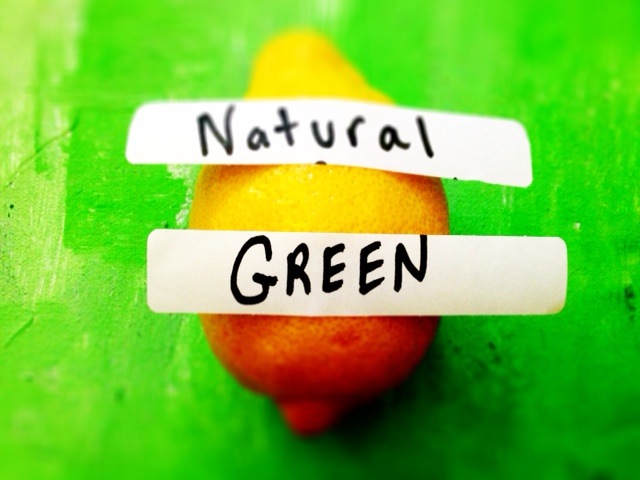 After a lunch time talk I gave at Edmonton’s city hall last month, one woman approached me and asked me if I could spend more time talking about the difference between green/eco-friendly and natural. The terms, she said, were too often used interchangeably, and she’s right. We tend to flip back and forth between the two as though they’re twins, but that isn’t always the case. Sometimes there are gaping distances between them (more like Danny Devito and Arnold Schwarzenegger’s Twins). So I clarified the issue in this week’s Ecoholic column. To dive into the details, read more here.

You know I love to call out companies that claim they’re natural, claim they’re green but are really just full of BS. What of companies that can honestly claim to be both, to some degree? I had a lengthy conversation with a chemist at Nature Clean, one of Canada’s oldest ‘natural/naturally-derived,’ ‘nontoxic,’ ‘biodegradable’ cleaning companies, certified by EcoLogo. I’ve given good reviews to their Tub and Tile cream and all purpose cleaner, but started getting agitated by the fact that it contained a palm-derived ingredient. Natural, yes? But green? Well, not so much. I’ve been itching to know why they’d use palm-derived fatty polyglycoside when palm is such a controversial ingredient plagued by sustainability woes (hence why it’s on my Ecoholic Body Mean 15 list). So I gave Nature Clean a call and ended up in a surprisingly open, frank dialogue on green versus natural with their chemist Martin Vince. 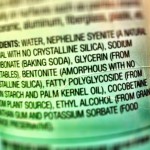 Martin first tells me their palm ingredient is fully certified via the Roundtable on Sustainable Palm Oil. I know the RSPO is the only sustainable palm certifier out there and is the only organized attempt at greening the industry, but the RSPO has faced a lot of flack for letting violations slide, I point out. Martin responds, “We know the Roundtable is not the ideal situation, but it’s better than not having it.” Why not avoid the ingredient altogether then? “We are actively looking for alternatives. We’re looking at grapeseed derived surfactants, but they’re not suitable for cleaning products currently. Alkyl polyglucosides are one of very few surfactants that are 100% natural (palm oil mixed with dextrose). Most are hybrids like alcohol ethoxylates, which has chances of contamination with [carcinogenic] 1-4 dioxane. We’ve chosen the purest we can currently use. And we do need surfactants because that’s what does the cleaning.”

What do you think? I know Martin’s right when he says says that replacement ingredients aren’t without impact either. Coconut plantations (like all monoculture crops) also encroach on natural habitat and basic table salt (used in natural cleaners) can certainly be ecologically disruptive to mine. Everything we buy has an impact somewhere, whether we’ve taken it from nature or concoct it in a lab, but let’s agree some are worse than others.

I’ve got to admit that at least Nature Clean has put itself out there more than other “green/natural” cleaners who refuse to list their full ingredients and simply offer up vague terms like “plant-based surfactants” or, in the case of Eco-Mist, “potatoes, corn, grains” (come on, that’s a recipe for stew not a clear, watery cleaner). Ultimately, as consumers, we’ve got to keep reminding companies that we’re watching and that yes, we want it all. Not everything we buy will be totally green (in its many senses of the word) and natural, but we’ve to push them and ourselves to come close.