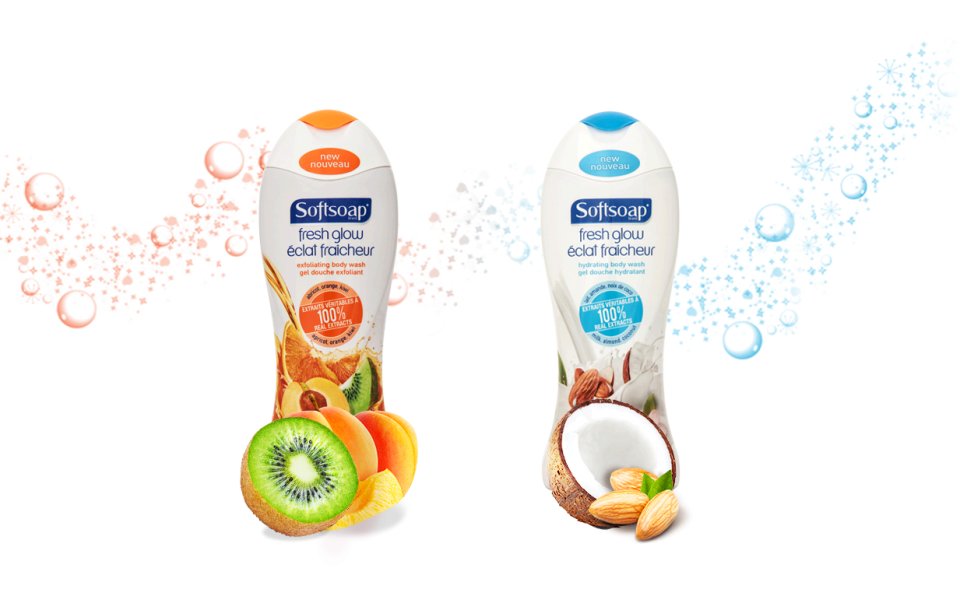 Walk down the bodycare aisle of any drugstore and you’d swear you hit your head and woke up in a fruit stand. No one could really blame you if you accidentally chugged that juicy pomegranate bodywash, acai berry avocado shampoo or strawberry smoothie body buff. It does look delicious. Of course, we know that fruit explosion basically refers to the artificial scent of choice and maybe, just maybe there’s a hint of a genuine fruit extract buried in a deep, dark place. But Softsoap’s marketers decided to distinguish themselves as realer than the rest, by slapping a big “100% real extract” on the front. Hallelujah! An all-real body wash by a big name brand! Oh sorry, my mistake, only the “extracts” are real. Right. They say: Softsoap brand Fresh & Glow hydrating Shower Cream is made with 100% real extracts sourced from milk, coconut, and almond. Fantastic. Except, of course, those ingredients are at the end of a long ingredient list, after stuff like sodium laureth sulfate frequently contaminated with carcinogenic 1,4-dioxane. Yes, there’s also honey and jojoba oil down there, which is nice, but, come on Softsoap, don’t try to BS us with misleading labels like “100% real extracts.”

It gets worse with Softsoap’s Fresh & Glow exfoliating Fruit Polish, with “100% real extract sourced from kiwi and orange.” This one’s got formaldehyde-releasing DMDM hydantoin as its preservative, which is on my Mean 15 list of ingredients to avoid. It’s also a big red-flagged ingredient on EWG’s SkinDeep database.  Though, let’s give them credit where credit is due. At least the apricot seed powder is higher up on the ingredient list on this one. And it’s definitely nice to see they’re not using lake and ocean-clogging plastic microbeads to get their scrub on. Take a look…

Keep in mind Softsoap isn’t the first company to try to get a leg up on the competition by using a misleading “100%” seal on the front. St. Ives has been guilty of this one. They were slapping that “100% natural moisturizers” seal on products back when they still used petrolatum and petroleum-derived mineral oil as the main moisturizers. They’ve dropped them since but still use lots of ecologically dubious siloxanes and alarmingly-irritating preservatives like methylisothiazonilone and methylchloroisothiazolinone, condemned by 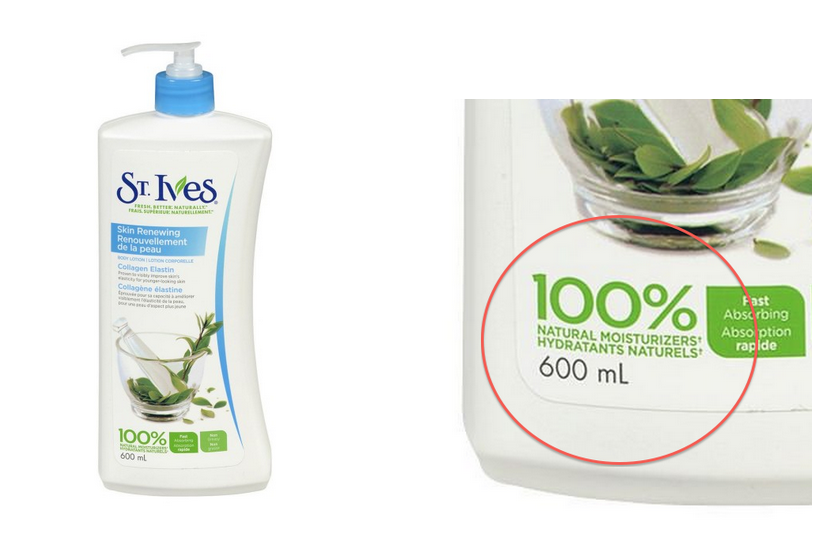 dermatologists in the UK, who’ve pushed for them to be banned from products like creams and lotions there. For more info on that check out my Rash Reaction article. And keep your eyes peeled for deceptive marketing by sticking to one simple rule: never judge a book by it’s cover. No matter how high the percentage listed on the front. And no matter how much fruit they throw at you.