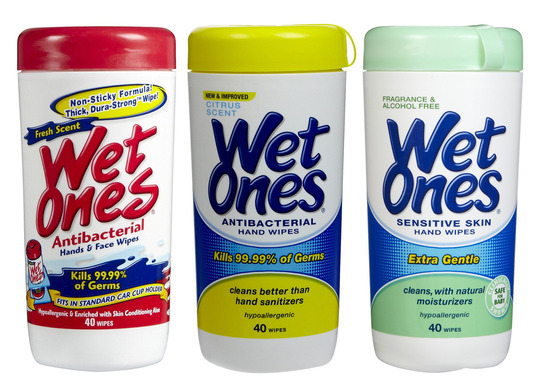 New research published in the journal Pediatrics has tied a chemical used in baby wipes to some cases of acute contact dermatitis in kids, but the problem runs a lot deeper than headlines let on.

The case report by the University of Connecticut School of Medicine raised a lot of eyebrows by documenting extreme rashes from wipe exposure. However, the UK’s St John’s Institute of Dermatology links a widespread increase in skin problems in adults and children alike to a preservative known as MI (or methylisothiazolinone).

You’ll find MI in thousands of lotions, shampoos, shower gels, makeup and, yes, wipes often used on kids like Wet Ones, as well as wipes marketed to adults as a replacement for plain toilet paper, like Cottonelle Fresh Care.

It’s grown increasingly common as brands shift away from controversial parabens. You’ll even spot it in some products labelled “natural” and “organic.”

Interestingly enough, the study in Pediatrics noted that allergic reactions to MI are frequently misdiagnosed as eczema, impetigo or psoriasis. Yes, that’s how bad the rash can get.

Reactions are even worse when MI is combined with MCI (methylchloroisothiazolinone). Health Canada knows they’re both major irritants, which is why they’re on HC’s Hotlist of restricted substances.

But St John’s Institute insists the permitted levels of MI (.001 per cent or 100ppm) are way too high.

Unilever UK says it has been phasing out MI from leave-on products like lotion, though the bottle of St. Ives cream I spotted on shelves last week still contained the stuff. So far, Unilever’s keeping MI in rinse-off products like Dove shampoo and Axe shower gel bodywash.

But MI isn’t the only chemical in your beauty routine that could be bugging you.

Fragrance in body care as well as laundry products is another super-common skin irritant that also happens to be laced with hormone disruptors, including scent-elongating phthalates, synthetic musks and more. Keep in mind that even natural essential oils can cause rashes and reaction in some. Safest bet: reach for unscented.

If you react adversely to a product, don’t be shy, let Health Canada know. You can report product side effects at healthycanadians.gc.ca, reminding the agency to get a grip on its chemical Hotlist by lowering permissible levels or banning troublesome chems altogether before the Hotlist is rendered as useful as Rob Ford at a council meeting.