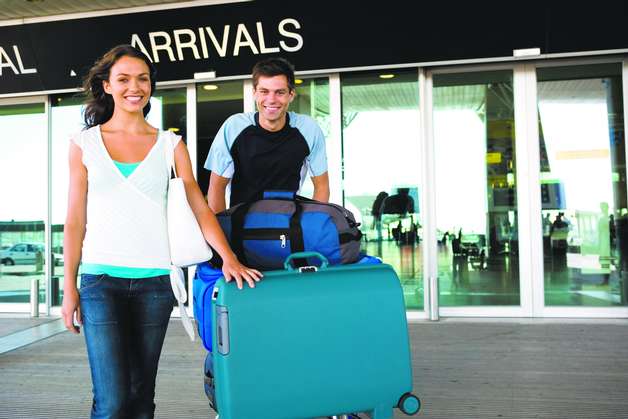 This week’s column question came from a reader in Edmonton heading to her brother’s wedding across the country. She wanted to know how she could green the whole shebang. She wasn’t talkin’ about greening the bouquet or making sure there was organic, locally raised chicken on the menu, that was the bride’s call. (You can read my column on tying the knot 100 mile style for suggestions on that front). She just wanted to make sure she minimized the impact of getting there and back.  For all my tips on eco-fying your out of town experience, check out this week’s Ecoholic. Now, I knew a lot of readers would be as floored as I was by the 45-country study that said flights have a lower climate change impact in the long run than driving in a car for the same distance alone. I knew some of you wouldn’t be impressed by the insinuation that flying is ever okay, and it’s true, for your cousin Bill’s second wedding, just skip it and send an e-card. But for your baby brother or best friend’s wedding across the country, or if you, like many Canadian earth-lovers, still want to see a piece of the world that’s further than a bike ride away, we’ve got some issues to weigh. Let’s cut the smog here. As I said in the column, trains and busses are always the far greener way (actually, over long distances busses are even greener than trains). And an express train to, say Montreal or Ottawa is only 4 hours, core to core, which beats hiking to the airport an hour before your flight and ending up way out in the burbs. The big problem is the rest of Canada is, by and large, seriously under-serviced in the fast train department. Actually, Canada is the only G8 country that doesn’t have a high speed rail network. Where are our 300 km/hr trains when we need to hop towns with little time to spare? Not that Europe, with its impressive network of high speed rail and legions of plane-averting enviros, is in any way perfect. For one, per capita, they fly more than we do. But there’s one other big thing we could learn from them, besides high speed train implementation. I vote for Euro-style month-long summer vacations for all that let everyone take their time meandering to their destination sustainably.