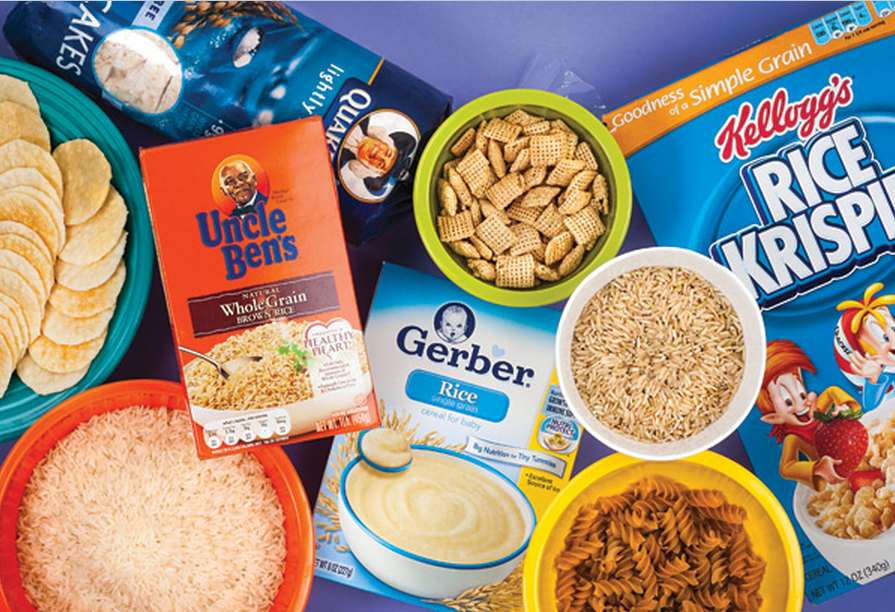 I hate it when healthy things turn out to be tainted with not so healthy things. Take arsenic in rice. We first heard about rice being contaminated with arsenic a few years ago, but there’s new data out this month and it ain’t exactly consoling. First, a UK investigative TV show teamed up with a university there and tested over 80 products for arsenic. They found 58% would fail the European Union’s proposed standards for arsenic in rice for kids. Popular products like Rice Krispies and infant rice cereal (both organic and regular brands) failed to meet those standards. This is a good time to mention that Canada and the US don’t have standards regulating arsenic in rice. (Yeah, I know, best to harass your federal politician about this). I discovered that particular UK report when I was researching my column on pasta (To Wheat or Not to Wheat?). Then Consumer Reports released a new updated report on arsenic in rice this week and it was even less comforting for anyone that enjoys gluten-free products heavy in rice (ahem). Based on the bad news in there I had to update my pasta guide. I also folded some of this info into my holiday cracker guide. So what did Consumer Reports find exactly? 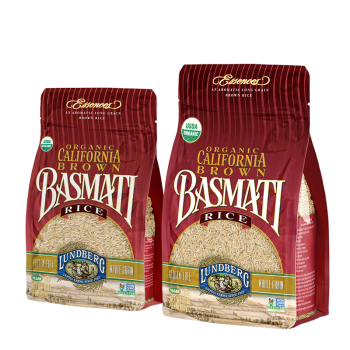 California brown basmati had the lowest arsenic levels of all brown rice.

Why is there even arsenic in rice?

Well, arsenic can be naturally present in soils, but inorganic arsenic in rice is there because of pollution in the soil from things like pesticides and poultry feed. That arsenic could have been there from decades past (like old cotton fields converted to rice fields in the southern US).  Rice is really good at soaking it all up, unfortunately.

So how much rice is okay to eat?

Consumer Reports analyzed all the data out there and developed a point system. Turns out we should only eat 7 points worth of rice products a week, max. Take a look and do your own math, especially if you have kids. 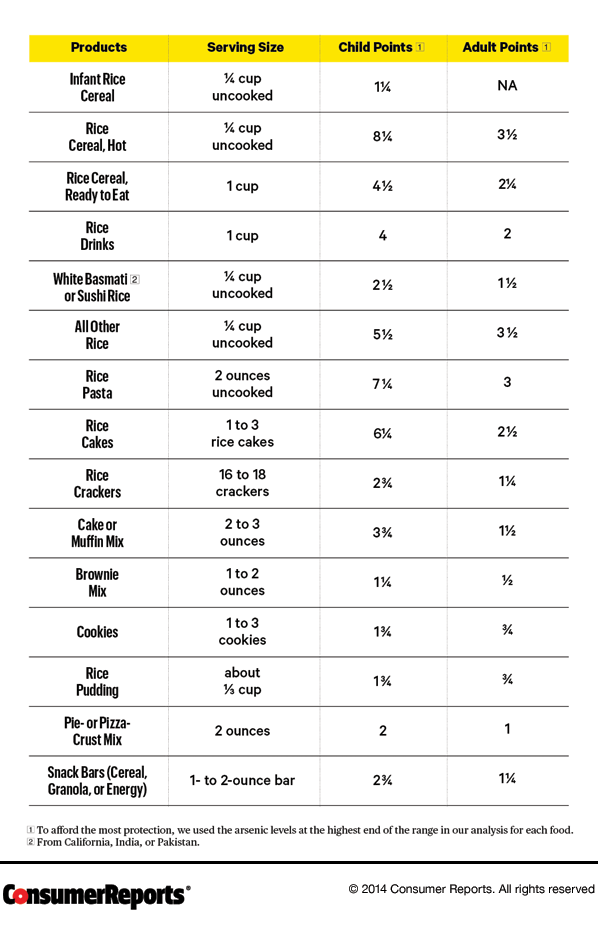