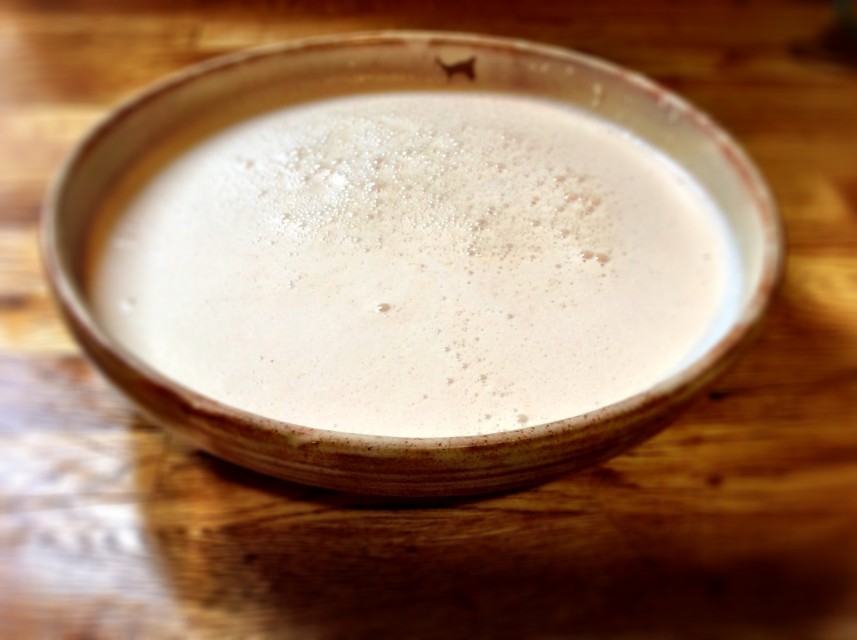 Knee deep into the new year, even the most heartfelt resolutions start gathering dust. This year, I vowed to get back to making more random things from scratch, like sprouts and almond milk and fermented vegetably things. It all started off with some focused fervour. By mid January, my kitchen was jammed with sprouts. One random midnight, we made ridiculously tasty “glo” granola bars (with added fair trade chocolate chips). There was even a homemade beer making day. But so far the only thing I’m still making week after week is this frothy goodness: DIY almond milk. I’m officially addicted. Mostly, I guzzle this stuff straight from the bottle pretty much every time I pass by my fridge, because unlike store-bought nut milk the homemade stuff tastes like dreams. And it’s got no wasteful packaging, no weird fillers, no carrageenan (check out my column on concerns about carrageenan in food). It’s just almonds and water with a dash of vanilla, cinnamon and a couple dates (for sweetening) and maybe 4 minutes of your time. 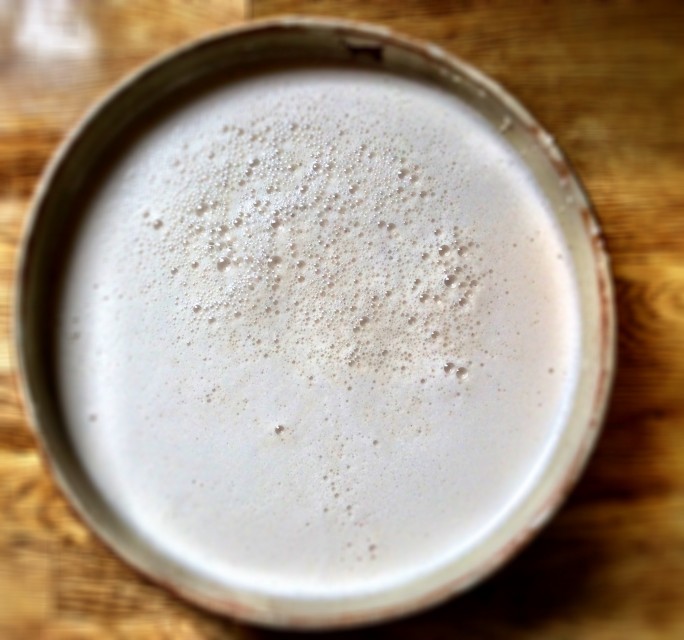 Today’s the day you’re going to join almond milk anonymous with me, people. I got the recipe from the original Oh She Glows Cookbook, by Oakville-based vegan queen Angela Liddon. I reviewed Oh She Glows for an Ecoholic cookbook guide back in 2015 and made the almond milk recipe once, vowing never to part ways. Okay, so we never saw each other again for two years. But now that this almond milk is back in my life, I’m never letting go . Here’s what you need:

1 teaspoon-ish of vanilla  (or a chopped up vanilla pod)

+ A nut milk bag, which you can get at health food stores 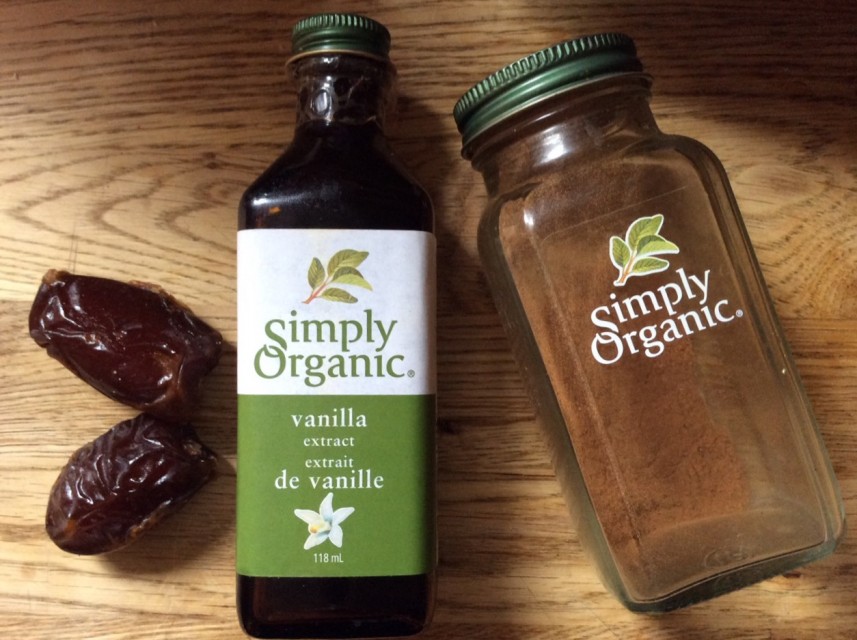 Now the big question is what do you do with all your leftover almond pulp.

Do not, I repeat do not throw this protein rich pulp away. You can make delicious muffins, bars, macaroons, veggie burgers and more with this stuff or just use it straight as face scrub (for reals). But my number one use for the leftover almond pulp is…granola.

If you’ve got a dehydrator, you can just toss all your favourite granola ingredients in there with the almond pulp and let them sit overnight. End of recipe.

If you do not own a dehydrator…dry your pulp in the oven on low (200) for two hours. Or you can bake it at 350 for 30 minutes then turn the oven off and let it sit in your oven for a few hours to dry out. Now, what do you do with it? 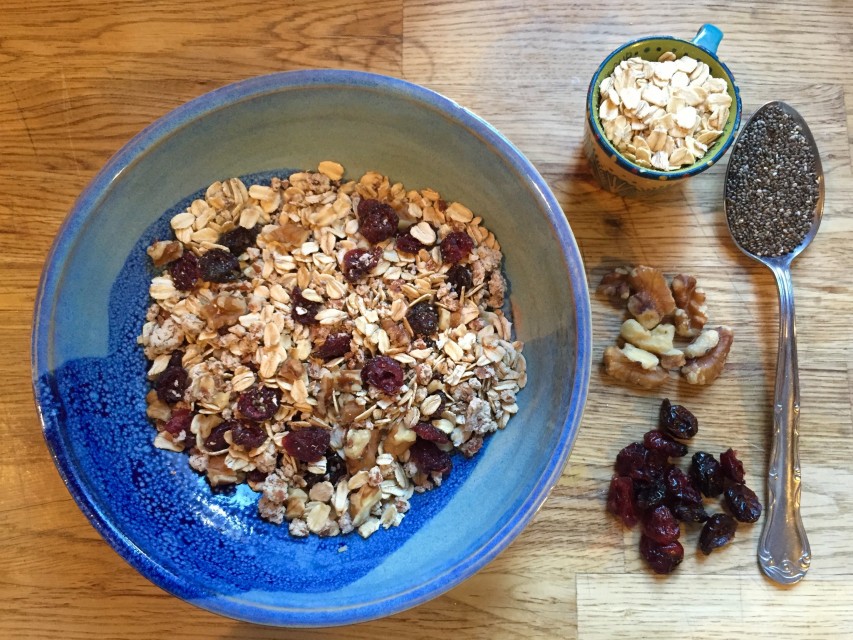 Once your granola is done, you’re ready for my next trick.

Bored with toast and nut butter? Time to sex it up. This is a take on one of my staples: cinnamon hemp crunch toast (that’s where I sprinkle hemp hearts and cinnamon on almond butter atop toast). For granola toast, all you need is a healthy bread of your choice (sprouted, spelt, hemp, etc), a good smear of unsweetened nut butter, then sprinkle your granola on top. It’s really good with apple slices on there, too. And just like that, you’ve upped your omega and protein content and found a tasty zero waste solution for your almond milk addiction. 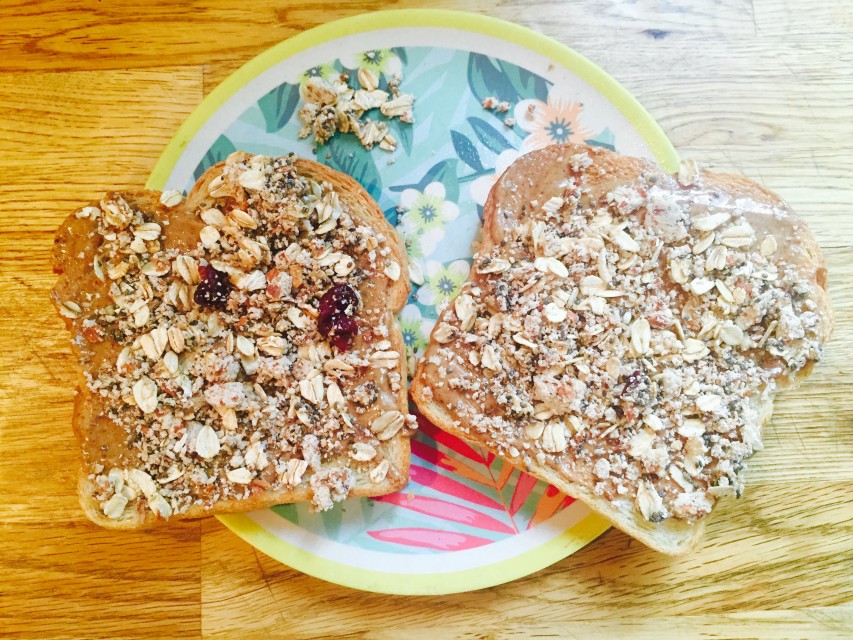