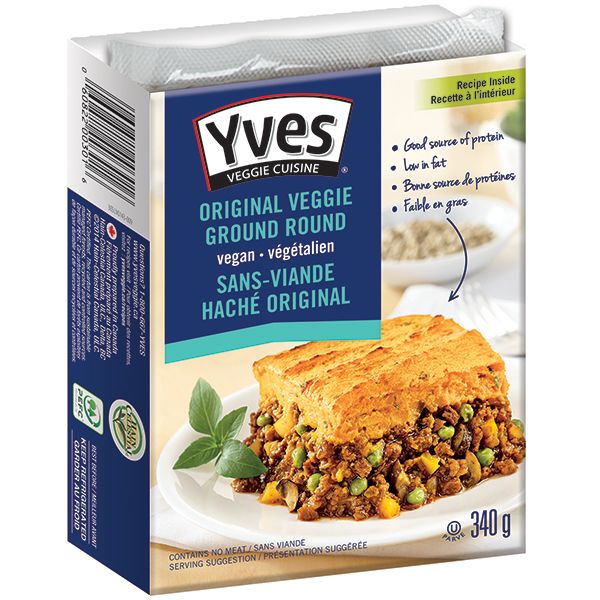 Trying to eat less meat? Wouldn’t touch it with a ten foot pole? Either way, more and more of us are sinking our teeth into meat alternatives. You know, veggie burgers, fake chicken cutlets, you name it. The name of the game amongst veg products these days is “anything meat can do we can do nicer.” Fake ribs, fake chorizo, fake chicken vindaloo, they all get closer and closer to the taste and texture of animal flesh than anything old school vegetarians could imagine. Of course some vegheads cringe at the idea of eating something that even resembles the texture of, say, beef on a stick. I confess, I kind of like it but some of this stuff but is it particularly healthy? Well, not so sure about meatless battered chicken wings. This stuff is like the Ding Dongs, or more aptly, the Spam of vegetarian proteins. Eat is as an occasional treat if you like but don’t consider it super healthy.

In this week’s Ecoholic column (part of NOW Magazine’s vegetarian issue), I dive into all the various meat substitutes and veg proteins, trying to determine which one’s are sustainable/flavourful/healthful/affordable. You can read the full article here. But there are a few points I wanted to add. For one, I talk about how many soy protein concentrate/isolate users process their soy with air polluting hexane. I only got to mention a few guilty brands in the piece so thought I’d connect you with the Cornucopia Institute’s Guide to Hexane-Extracted Soy in MeatAlternatives.  Sneak a peak to see who gets the skull and crossbones.

Also, if you’re interested in getting the full story on soy, how safe it is to eat, etc, you should definitely dig back into the archives and read by my Say It Ain’t Soy news article from 2004.

By the way, if you think going vegetarian is too expensive for your budget, it’s time to sneak a peak at how millions of vegetarians in India eat. Lots of healthy lentils and legumes, lots of naturally anti-inflammatory spices like turmeric, lots and lots of flavour. If you’re eating beans, just make sure you stay away from the canned kind not only because they cost more than soaking your own but because tin can linings are still made with estrogen-mimicking bisphenol A. Unless you opt for beans from BPA-free companies like Eden, but at upwards of $2cdn/can, it can add up. Still, cheaper (and healthier) than a steak!