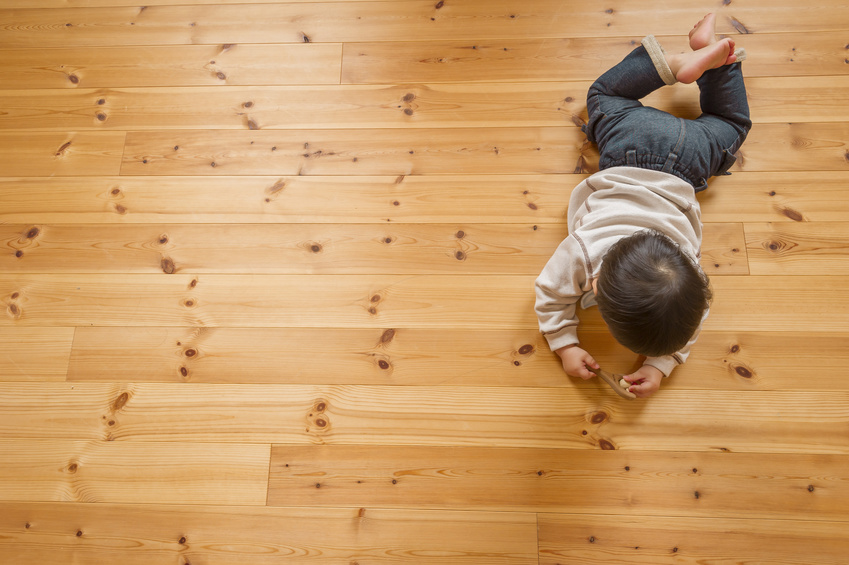 Unless you daydream of renos or watch way too much HGTV you probably don’t spend much time thinking about your floors. Turns out there’s a lot of dirt lurking underfoot, regardless of whether you’re sweeping daily or not. In my Ecoholic column Walking the plank: the flooring guide, I dive into some of the latest reports and exposes on toxins in vinyl and laminate flooring (it ain’t pretty) and dig into some greener alternatives (the good, the bad, the greenwashy). But there’s so much more to say! So I tiled and grouted some extras together for you in a green flooring checklist that will help you cut through the BS. 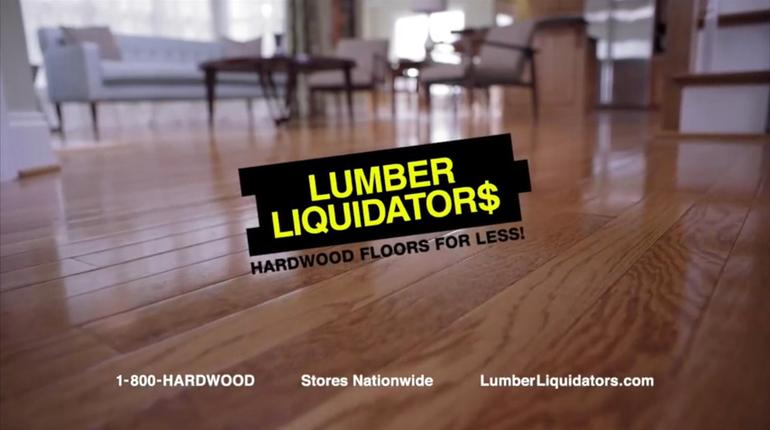 Too cheap to be true. Is it really formaldehyde free?

Report after report has called out hidden toxins in flooring, though the biggest headline grabber has been the high levels of carcinogenic formaldehyde released from laminate and engineered floors. That’s why you’ll see more and more companies assuring you that their laminate, engineered, bamboo, etc. meet California Air Resource Board Phase 2 criteria. That’s great, except as CBS’s 60 Minutes said in its expose of Lumber Liquidators: “Every box of laminate flooring Lumber Liquidators sells carries this label – stating its CARB Phase 2 Compliant.” Meanwhile, nearly all of the ones from China violated CARB regs. 60 Minutes went to LL’s mills in China, where employees “admitted falsely labeling the company’s laminate flooring as CARB 2.” When in doubt, pony up for a quality product from a reputable company made closer to home. Even LL’s North American and European-sourced floors were deemed to emit “acceptable” levels of formaldehyde.

Is your reno store lying about carrying Canadian FSC-certified flooring?
In my Walking the Plank: the flooring guide column I recommend FSC-certified Canadian/North American wood. I mentioned some solid brands like Toronto’s own Nadurra. And I was going to recommend some cheaper FSC-certified alternatives available at Rona that were made in Canada — until I called up that company, Mistral, to confirm a few facts. Rona’s website says that Mistral’s Canadian hardwood flooring is “certified FSC mix, which signifies that at least 70% of the wood used to produce this comes from a Forest Stewardship Council (FSC),” adding that it’s produced “within an 800-km radius of the manufacturing plant, which reduces greenhouse gas (GHG) emissions related to freight.” Sounds awesome, right? Well….turns out that Mistral’s Quebec supplier is Resolute. And Resolute is controversial because it actually had a couple of its FSC certificates (covering 5.3 million hectares of forest) suspended starting in 2013. Two other certificates covering 3.2 million hectares have been terminated within the past six months. Rona continues to claim that this Mistral wood is FSC-certified, however, according to one Mistral rep I spoke to, this is inaccurate until Resolute regains its FSC certificates. Lesson: always double check claims.

Some companies will brag that they’re Forest Stewardship Council certified but they’re only “chain-of-custody” (CoC) certified by the FSC. Technically, companies need CoC certification so that they can sell FSC, but it doesn’t mean the wood they sell is actually certified. There’s a very big difference. Push for details and ask for proof. One flooring company told me all of its products were FSC-certified. Turns out they were only certified to be 50% or more FSC in content.

Throw a green tree seal on a piece of wood and it looks legit. The industry-run Sustainable Forestry Initiative seal certainly seems impressive when you spot it in reno stores, as does the EU-based equivalent PEFC seal. However, both are slammed by enviro orgs. Greenpeace International has long critiqued PEFC as “weak,” “vague” and suffering from “systemic problems that hide and obfuscate bad practices.” Closer to home, ForestEthics has spent years campaigning against SFI, calling it greenwash. As I said in a recent article on SFI: the certifier now promises to tighten up protection for wildlife and waterways while cracking down on illegal logging and “recognizing and respecting” aboriginal rights. Forest Ethics, however, says SFI’s revised standards are still woefully lacking. 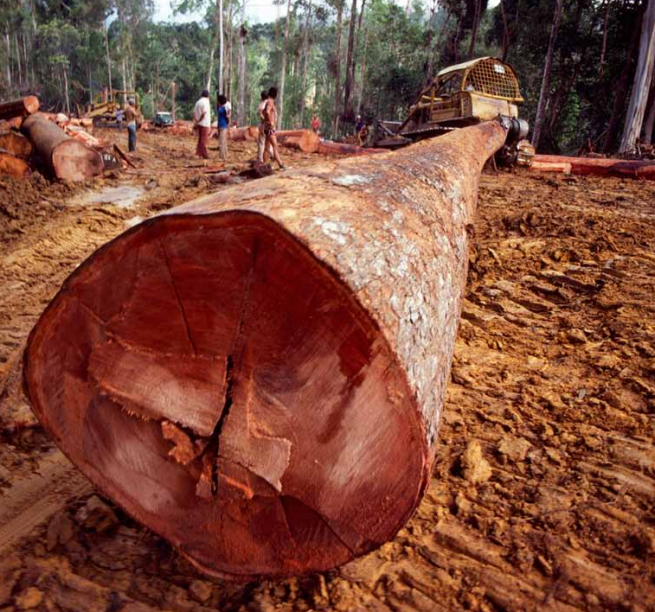 Were your floors stolen from threatened tiger habitat?

Does your flooring come from illegal sources? Hard to say but up to 30 per cent of the world’s wood is axed illegally, according to Interpol and the World Bank. The UNEP says “The vast majority of deforestation and illegal logging takes place in the tropical forests of the Amazon, Central Africa and Southeast Asia.” Beware of vague marketing names like Brazilian Cherry/Walnut/Maple, “African Walnut/Teak”, “Patagonian Pecan” or “Peruvian Walnut” and more. Rainforest Relief says: “All tropical and temperate rainforest woods should be avoided for flooring, unless the wood is from second growth logging and carries independent certification accredited by the Forest Stewardship Council.”

Back in 2013, a multiyear investigation by the US-based Environmental Investigation Agency dug up some disturbing evidence that Lumber Liquidators has imported millions of square feet of solid oak flooring that was illegally logged in Russia’s threatened temperate forests. LL  “emerged as the strongest example of a U.S. company whose indiscriminate sourcing practices link U.S. [ and Canadian] consumers to the destruction of critically endangered tiger habitat and forests.” Another reason to stay away from discount flooring supply stores like Lumber Liquidators that are basically the dodgy dollar store equivalents of the reno world.

Show me some old, wide-plank floors of yore and I’ll show you a puddle of drool. What can I say? Technically, no “new” flooring has a lighter environmental footprint then reclaimed. That’s basically when a company salvages old floorboards or logs and refinishes them into new floors. They’re absolutely gorgeous and steeped in unspoken history. They can, however, have dark past. A study published a few years ago in the journal Environmental Health Perspectives found that floorboards treated with Fabulon floor finish in the 50s and 60s were still releasing PCBs into homes even 50 years later. PCBs, by the way, were banned in 1977. They’re been found to cause cancer in humans and they’re persistent, which means they stick around in human tissues. Is your reclaimed flooring guy testing for PCBs? Not likely. However, most are sanding them down and refinishing them before selling them to you, creating more of a hazard for the workers then for you. But one way to avoid the PCB issue entirely is to get flooring made of salvaged trees or logs (like the stuff that used to sink to river bottoms near mills from Logs End in Ottawa), rather than ripped up floorboards. It’s not cheap, but it’s definitely greener than cutting down trees. And it makes for a great story. 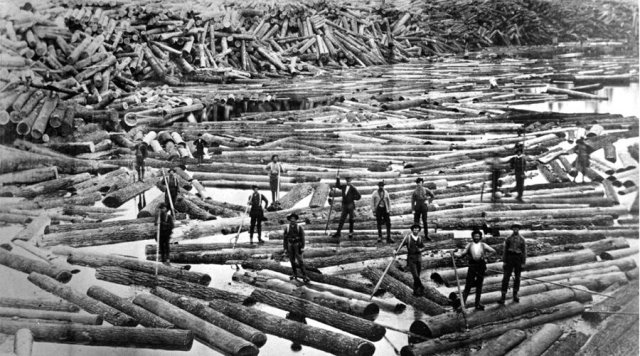