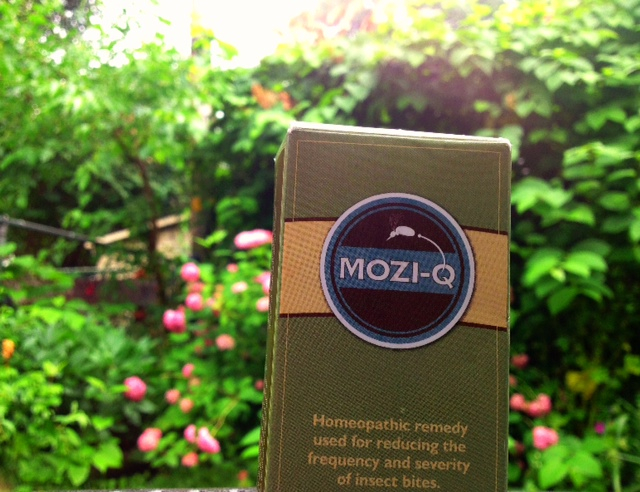 Hey gang, Did you catch my spot on CTV’s Canada AM this week talking about alternative ways to keep mosquitos at bay – what works, what doesn’t, what’s healthy, what isn’t? It was a lot to cram into four minutes with a sleepy brain! So I figured I’d clarify a few points here. For one, anything that involves filling the air with an aroma mozzies don’t particularly love (like say, a citronella soy candle, lemongrass incense or aromatherapy diffuser full of bug-repelling essential oils – I brought on lavender, lemongrass and peppermint), only really help if the wind is blowing your way. Speaking of wind, plugging in an outdoor fan will help physically push mosquitos away from you and your guests so give it a go. As I mentioned, I had a tough time finding natural bug repellents to bring on air since Health Canada’s making it incredibly difficult for them. I covered the whole regulatory mess in a previous blog (appropriately titled Bite Me). And those that are on shelves, well, I didn’t want to bring too many of them on air since I figured Health Canada would hunt them down and force them off shelves. Ridiculous, considering the US allows natural bug repellents on the market, some of which have actually been found to be as effective as lower doses of DEET in peer-reviewed trials. Seriously. I asked some of those companies why they won’t sell to Canada and they said it’s too much of a royal pain the ass to jump through Canadian regulatory hoops. That leaves us with very few options on shelves that can be openly marketed as all natural bug repellents, one of which is Mozi-Q, a homeopathic repellent. Now, skeptics will kvetch that homeopathics are given DIN numbers from the government without having to prove their efficacy (not the case with, say, natural bug sprays). There were, no doubt, a lot of arched eyebrows watching Canada AM when I mentioned a homeopathic remedy for insect bites. Hey, I was skeptical myself, so I finally gave it a go. I put together a little backyard video for you on my completely unscientific experiment in which I turned myself into a lab rat and waited for mozzies to feast. How did Mozi-Q perform? Watch and see (below)!

UPDATE 2015: My pals at CBC Marketplace did a much more scientific study then mine, heading to the University of Guelph to have an official test performed. They followed Mozi-Qs instructions then exposed host Erica Johnson’s arm to a cage full of mosquitos for a good chunk of time and sadly MoziQ failed her big time.

UPDATE 2014: I’ve been putting Mozi-Q to the test every time I’m in nature at dusk, which is nearly every night. For the most part, it’s been surprisingly effective at reducing bites. Except, last night. I got a grand total of 3 bites. I wasn’t thrilled when I watched a mosquito land on my arm and dig right in. But I did just shower with naturally scented soap and that’s still the most biting action I’ve had in 10 days of trial when normally I’d be bombed with bites by now (I once had 150, yes, 150 sand flea bites in just a week on a beach…my partner counted them). So no, this stuff isn’t a shield but it’s a bite reducer. The problem with Mozi-Q is you have to keep taking it every 2 hours or so if exposure to biting things is constant, which can get pricey if you’re a family of four and, say, camping for a week (I paid $20 for 60 tabs). Still, I’d say this product is worth trying. And nope, I haven’t accepted any cash/trips/free Teslas/sexual favours/endorsement deals from this company (or any other) under the table. That’s a firm Ecoholic rule.