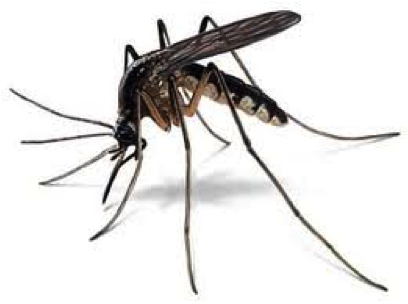 My friends invited me and two dozen others to camp out at their cottage for a big 40th birthday bash. After my initial reaction (cottage party on a lake, woot!) came the fear factor (oh crap, what kind of northern Canadian bloodsuckers will be swarming and can I track down any DEET-free protection on time?). Two health stores I popped into had zero natural bug sprays in stock, but the third, thankfully, carried a product I hadn’t tried before: Citrobug. Now, I’ve tested a lot of natural bug sprays over the years and many were total duds. Of course, some were surprisingly effective, but either way, they were all kicked off shelves by Health Canada (for more on that). However, this Quebec-made Citrobug – a blend of essential oils of citronella, eucalyptus, pine, geranium, lemon and camphor  – is actually one of the few natural bug sprays still registered with Health Canada. Plus it promises to last two hours before needing reapplication so I bought a bottle and headed for the woods.

Dusk was a good eight hours away and the mosquitos were already feasting. Within minutes of arrival at the lovely lakeside cottage I was getting swarmed and bitten so quickly I ran to snag the Citrobug and started spraying. I covered myself with a good layer of greasy mist and rubbed it around for even distribution. Note: this stuff is oily so you definitely won’t be misting it on your clothing. Skin only. Immediately the bugs backed off. A good sign, but how long will this last? Anyone used to applying DEET once every four to six hours is going to be annoyed and disappointed. You do need to listen to the instructions and reapply after roughly two hours. Can’t say I wore a watch and timed it but I can tell you I came home with only three bites on my left foot while loads of other people were eaten alive (my usual fate). One self-proclaimed science-loving girl there decided to be my “control” and tested it on on half her body and applied DEET to the other half. Her report back? The Cirtrobug half faired better (maybe because I was on her to reapply throughout the day). Either way, my completely unscientific study in the woods was a success. Now I’ve just got to try it out on a long sweaty camping trip and see how that goes. If you’ve given this one a go, would love to hear your feedback. In the meantime, I give this a green thumbs up.