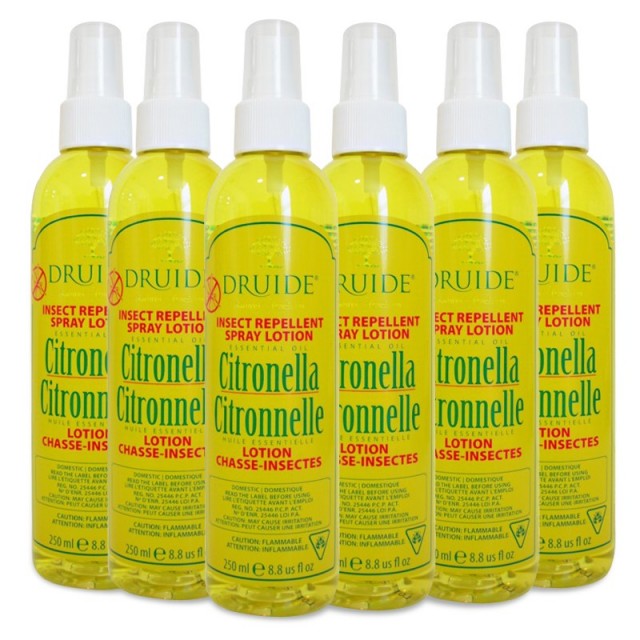 Love the outdoors but hate DEET? Good news!  Health Canada has changed its mind about yanking natural bug sprays from shelves – sort of. The feds said again and again that they were going to pull citronella-based insect repellents from the market since “there was a lack for safety data to support continued registration.” Had they found any major red flags? Nope. But over the last decade HC’s been pushing more and more natural bug sprays off shelves. Deadlines kept shifting and who was allowed to stay and who was allowed to go kept changing. But all of it was supposed to be gone by the end of 2014, including Druide’s, despite the fact that the company had been one of the only natural bug sprays to stay on the market with Health Canada’s approval. (To get more on the back story, read my Bite Me blog)

BUT thanks to push back from the public (high fives to public pressure!), Health Canada changed its tune, again, and now says “since Health Canada did not identify any health risks, citronella-based personal insect repellents will remain on the market until a final decision is made” (2016-ish). Before you break out the bubbly (or bug spray), there are two big glitches that remain. 1) Since health stores were repeatedly harassed by Health Canada to drop all bug sprays, including citronella-based ones, most health stores are nervous about ordering more in. Plus companies like Druide had to suddenly revive production, so websites like well.ca still don’t have any in stock.  2) This 2nd chance from the government only applies to citronella-based bug sprays. All other natural bug sprays that were developed without citronella (to avoid pissing off Health Canada) are actually still outlawed. Why? Well, the feds say they want those to prove that they are safe and effective and none of the little mom and pops that make them can afford the tens of thousands of dollars needed in research to test their formulations. It all seems pretty dumb when those products would be and are allowed on American shelves (like Green Beaver’s Canadian-made bug spray). And basics like Burt’s Bees Herbal Insect Repellent are still contraband here (won’t find it on Burt’s Canadian site). And even though Health Canada agrees soybean oil based repellents work crazy well (for 3.5 hours against mozzies and up to 8 hours against black flies, with no age restrictions) there still aren’t on shelves here because the American companies that make products like Buzz Away Extreme tell me they don’t want the headache of jumping through Canadian regulatory hoops. Sigh.

So bottom line: natural bug repellents are still super hard to find in Canada, so if you’re crossing the border, snag some. Otherwise, try to track down a Canadian citronella product like Druide citronella lotion. Here are my reviews of currently (at least for now) legal bug sprays in Canada. You can also make your own bug spray using essential oils, like citronella and geraniol, from the health store. You’ll find one recipe tucked into my reviews here. If all else fails, wear a bug burka (check out my improvised scarf-turned-bug hat from a particularly marshy camping spot at Algonguin Park, below…we left our bug spray at the previous camp site) – or start swatting (sorry, not very Buddhist of me, but those little buggers are going to get squashed if they get caught landing on my skin, I’m just sayin’). 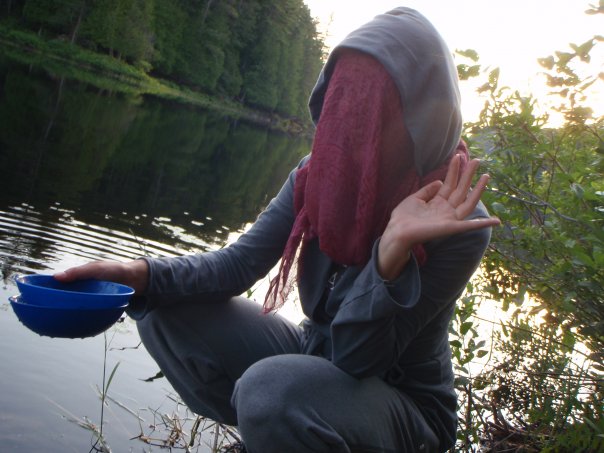