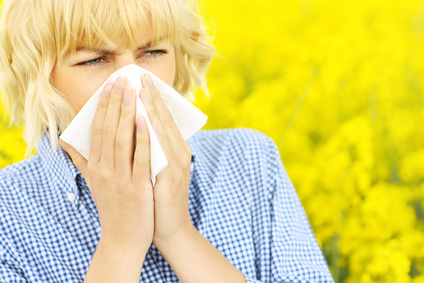 If the song “Dust in the Wind” has you cursing about pollen, join the club. A recent Gallop poll found that more Americans than ever reported allergy woes last month. We’re still waiting on the numbers out of Canada but after a weirdly warmer than average winter, allergies have been predicted to spike. Check out Scientific American’s latest piece on how a warming climate makes for an ever more brutal allergy season. You know what else that means? Higher than average levels of the cetirizine in Reactine, the acrivastine in Benadryl Allergy Relief and the fexofenadine in Allegra floating out of sewage treatment plants and making their way downstream. We’re still not sure how the presence of those drugs in nature is affecting wildlife. Itching to try something more natural?

Here’s an excerpt from Ecoholic Body:

• European native butterbur has actually been tested against cetirizine (Reactine) and fexofenadine (Allegra) in two separate trials and has come out shining. The British Medical Journal study point-blank found it just as effective, without the drowsy side effects. Try this as a first line of defence against seasonal all

• Naturopaths also often suggest the natural bioflavonoid quercetin between meals for several weeks. Studies have found it suppresses the release and/or production of inflammation-boosting histamines and leukotrienes, though studies on allergy sufferers are lacking. For better absorption, take it with bromelain, unless you’re allergic to pineapples.

• There are a number of herbal formulas to help with bronchial issues such as hay fever and allergies, including Sun Force’s RespirActin.

• Get yourself some spirulina. Studies have found daily consumption improves hay fever symptoms, including runny nose, congestion, sneezing and itching.

• To clear your nose, get yourself a neti pot and start doing regular nasal douches with salt water. Feels bizarre at first, but you’ll learn to love what it does for your sinuses.

What about you? Allergies feeling worse this year? Have you tried any alternatives that helped? Let us know!