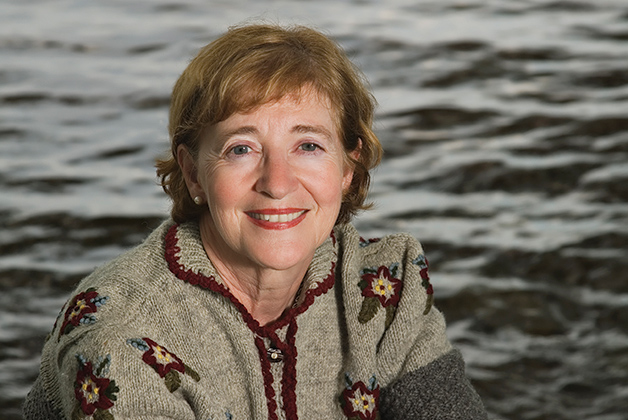 Maude Barlow is an incredible women. She’s one of this country’s greatest warriors fighting for social justice and the planet. I got a chance to interview her about her latest book, Blue Future. We talked for quite a while so a lot of what she said couldn’t fit in my Ecoholic column in NOW Mag so I’m sharing the the rest of her eye-opening insights here. Enjoy!

Q. What do you think is the fundamental problem in our approach to water?

One is the myth of abundance. We all grew up with that diagram of this hydrologic cycle going around the world, you can take as much as you want because it’ll get recycled back but that’s wrong. We’re taking water where nature has put it and we can access it to where we cannot. The other issue is what a colleague calls “modern water” where we see water as a resource for our pleasure, convenience and profit. Instead of saying we’re going to build our economies, our cities and our lives around preserving water, we say water is at our service. We need what I call a new water ethic. I believe the only way to save water is to build on four principles, that it’s a human right, that it’s a public trust, that water has rights and that water will teach us how to live with one another. If on the other hand we allow it to be put on the open market like oil and gas we’re going to see millions and millions of more people die.

You talk about a “dangerous new trend” called water trading, what is it and how is it playing out in Canada? 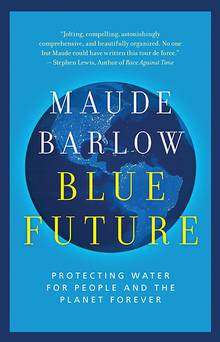 private property. The worst is Chile where they’ve privatized water absolutely everywhere and they have public auctions where water is actually auctioned off. Canadian mining companies, which are the worst in the world, come in to Chile and outbid local communities, indigenous communities and farmers for these right. The first province in Canada to look at this is Alberta. Although there was a recent poll that showed the vast majority of Albertans do not want this.

There’s been a global backlash against full-on water privatization, how are ‘P3’ public-private partnerships insidiously taking their place?

Well, insidiously around the world through the promotion of P3s through the World Bank in the Global south, through the austerity programs in Europe. And here in Canada the Harper government has said if you want funding for water services you have to go public-private partnership. There was a referendum on public private partnership for their waste water treatment plant [in Regina yesterday]. We lost that vote. If the municipality needs money for infrastructure it has no choice but to go this way. It’s just going to blow up right across the country, one after the other. Hamilton tried privatization and has gone back to a public system as have municipalities all around the world. Canada’s way behind. Most places have tried and decided its wrong. We have an idealogue in power and he only thinks about what’s good for the private sector.

Q. Explain the push behind remunicipalization of water.

Privatization has failed so badly. A private company has to have to deliver the services but they also have to deliver at least 15% [profit] on top for their private sector investors around the world. To do that they either lay off workers, they cut corners or they raise the water rates and that’s what happens all over the world. Forty municipalities in France alone, including Paris, have taken water back from private companies. Only in Canada are we setting out to do something that has been proven a mistake in so many other countries. 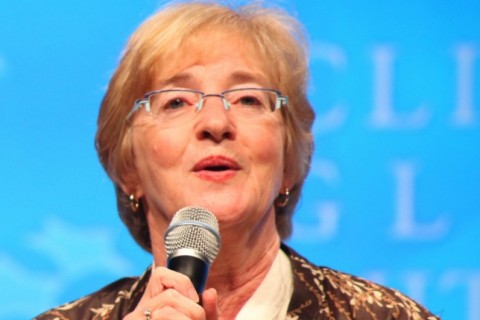 Q. Why should Canadians be worried about the Canada-Europe trade agreement?

If we sign this Canada European trade agreement, the two biggest water services in the world, Veolia and Suez are from France and if they’re in any way connected to any of these privatizations, they will have rights. They’ll be allowed to sue for millions of dollars in compensation if a municipality decides to go back to public. So it’s really a noose around public water services.

Q. You say defining the water crisis in terms of water running out plays strongly into the hands of those who’d benefit from the provision of water supplies. Why is that?

They’re defining water running out as the tragedy of the commons. If it had been privately owned, we would have put a higher price on it and everything would be fine. We both have to recognize that it’s a problem but the solution is not private, its better management, democratic oversight. We have to fiercely manage these water systems and protect them and care for them and that can only be done under public and democratic control.
Q. More people are living a water intensive lifestyle. Environmentalists tend to advocate for putting water metres on everyone’s homes to encourage conservation.  Where do you see the problems in that?

I hear the argument for metering to promote conservation but I prefer taxation. However I know this is a poor environment politically to ask for more taxes so I think we need to shift the burden from families and small business and charge a licence fee to the big commercial users of raw water. That does not mean any commercial user can access water if they pay; I still oppose bottled water takings. But here in Ontario, commercial users only pay $3.71 for a million litres, which means the public is subsidizing their profits.

Q. You were arrested for protesting the Keystone pipeline and point out the oil and gas sectors enormous draining and destroying of our water resources, but also point out the massive water-wastage of some alternative energy sources. What’s the solution?

There is no easy solution to our energy crisis. What I point out is that we do not take water into account when we promote one form of energy over another. Even climate environmentalists look up to the air and not down to the water. If we asked the right questions about water, we would never support the production of biofuels.

Q. How can water teach us to live together?

We see many examples of conflict around the world within countries and between countries over dwindling water supply. I want people to think like those comet movies from Hollywood, where there’s a comet coming at the earth and suddenly all of the differences we have don’t mean anything because it’s all going to be gone. There is a comet coming at us- it’s called the global water crises and we’re going to have to turn to one another and say I’ll give up an interest here for a larger good there, I’ll forgive an ancient hatred because we both have to survive on this watershed. I believe water can be nature’s gift to teach us how to live with one another. I see water deeply as a peacemaking tool.