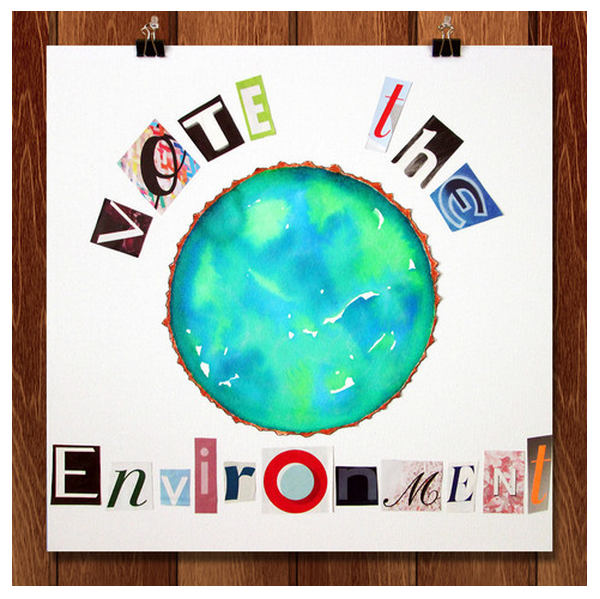 No matter which way you lean politically, most Canadians care deeply about the environment and are tired of seeing it treated like trash. I’ve talked to conservative greens that are just as fed up with the feds as Green party greens. A strong majority of the country, blue, red, orange or green, wants tougher action on climate change and stronger environmental laws.  So which party should you vote for? Should you vote strategically? Vote swap? Stick to your first choice? Go for your favourite green local? I weigh all the various voter strategies in my latest column, The Torn Environmentalist, but there are loads more helpful tools to help you make up your mind so I thought I’d share a couple here. Plus if you scroll down you’ll find a refresher on the Harper government’s environmental record.

The platforms: where do the parties stand on green issues?

Lots of green orgs have put out handy charts to help you but the David Suzuki foundation has the most comprehensive cheat sheet I’ve seen. Check it out: 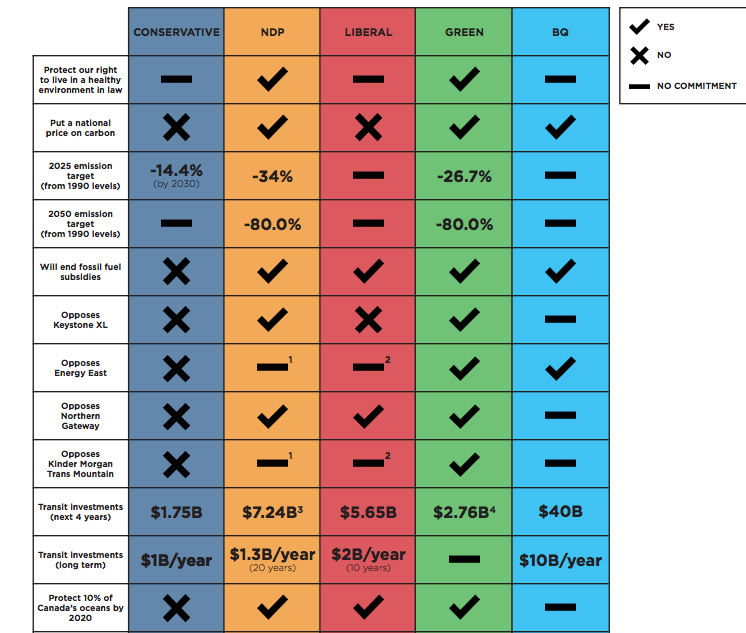 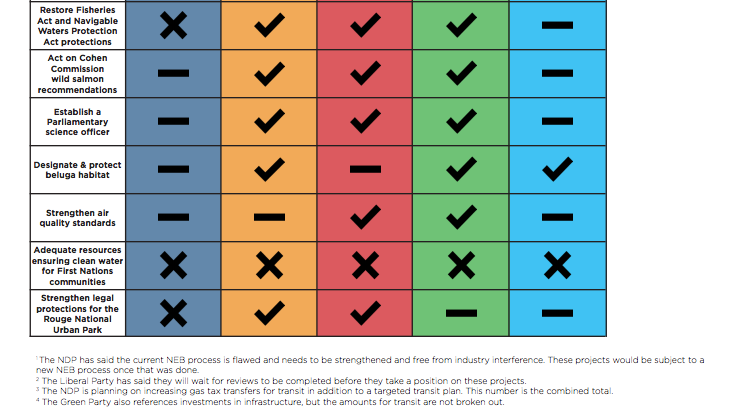 You might also want to check out York U environmental studies prof  Mark Winfield’s blog on the party platforms. He has a more detailed chart on where the parties stand on environmental issues.

All that being said….how should you vote?

Well, that’s up to you. But the environmental insiders, academics and analysts I spoke to said that if you’re in a riding where the conservatives don’t stand a chance, then vote however you like. Be it NDP, Liberal, Green, go with your heart.

Are you in a conservative swing riding? Find out here.

If you are then many of the enviros I spoke to strongly suggested that you consider voting strategically for the party that’s got the best chance of winning. If you do, search out the latest polls to see which local opposition candidate is in the best position to win in your riding. Six in 10 Canadians are in the Anyone but Harper camp. But don’t vote blindly with a wild guess. Check to see if there’s been any local polling done in your riding. Lead Now’s Votetogether.ca posts all the lastest polling info. You can punch in your riding by pressing on this button below and find out more info. Based on local polling, Lead Now has put out a list of 29 recommended candidates, so far 16 Libs and 13 NDPers.

There are, of course, problems with this strategy. There aren’t polls for every swing riding. General calls to vote strategically from different parties can end up cancelling each others votes out. And strategic voters (and pollsters) never could have guessed that the NDP would have swung into power in Quebec. Polls can’t predict everything, as we’ve seen before. But go in as well informed as you can.

Whatever you decide, just get out there and exercise your rights as a citizen and vote. Period.

Here’s an abridged list originally printed in Alternatives Journal in a piece called Crimes against Ecology by Laura McDonald:

For a full detailed report on Canada’s Track Record on Environmental Laws 2011-2015, read on.

Enough said? Now get out there and vote for the environment.